Why We Should Look Forward to Greater Cryptocurrency Regulation

Cryptocurrency is, as of 2019, still a largely unregulated market. There are few rules that determine proper behaviour and little – if any – laws that can punish bad actors. Despite a handful of notable exceptions, such as regulations set out by the SEC in the US, and Malta’s “blockchain island” approach, it’s still very much anyone’s game – a gold rush, if you will.

The fact that regulation is inevitable might sour a number of people’s moods, but it shouldn’t. There are plenty of positives that will come with oversight; here are a few of them.

One of the sneakiest things about cryptocurrency is that a lot of things that would be crimes when done with real money are perfectly legal if done through crypto. Bitconnect has become the poster child of this problem, running what appeared to be a Ponzi scheme that the owners have functionally gotten away with.

Laws and regulations will help reduce the number of schemes present, because of two reasons: the threat of prosecution, and systems being put into place that make those schemes more difficult to perform. In turn making it a lot easier and safer to invest and trade in cryptocurrencies.

Market manipulation is rampant in cryptocurrency trading. If you know enough people who have some cash sitting around, you can organize one. All you need to do is set up a pump-and-dump, wherein your team buys into a coin, raises its value in the act, then selling it once you’ve hit your target numbers.

This also means that the value of a coin is often independent of its actual technology or potential – it’s all about making money, which can result in actual world-changing tech getting left behind or forgotten.

Regulation can keep this from happening. Not only will coin purchases be decided by belief in technology, it will help keep the crypto economy safer as a whole.

Regulation isn’t all about protection; it’s also about legitimacy. While cryptocurrencies can be traded for fiat money, as it stands it exists separate from traditional financial systems. This severely inhibits its overall potential. While you’ll find the occasional restaurant or site willing to accept Bitcoin, most of them won’t, and not just because it’s terribly volatile. Often it’s also because cryptocurrency is still currently in the grey.

Once cryptocurrency has greater regulation in place, it can enter the mainstream world fully. Businesses won’t be as hesitant to accept them as tender because there’ll be more robust protections in place.

One of the biggest criticisms of cryptocurrencies as a whole, and a large part of what still prevents them enter the mainstream, is its association with crime. Bitcoin was once considered a safe way for criminals to engage in trade. Unfortunately, that has not really changed.

Since cryptocurrencies are largely anonymous, with the only identifying quality being the wallet address, people can still pretty much go on with their underhanded and illegal activities.

Legislation and regulation can put a serious dampener on those activities. Money laundering becomes a lot more difficult when the authorities have better means of checking wallets for suspicious activity. It can also serve as a way to protect you from theft, should the worst happen to your wallet address.

Words are important. It might seem like a small thing, but proper word usage allows people to communicate ideas clearly. Without this respect for words, accurate and precise communication becomes near on impossible.

The world of Bitcoin and other altcoins is so young that a proper dictionary or taxonomy doesn’t exist yet. This also makes it difficult to manage tokens and coins that transfer from one country to another, as the regulatory gaps between different entities make it difficult to see which laws actually apply, and where.

Cryptotrading has skyrocketed in no small part because of Bitcoin‘s incredible rise in value. However, despite numerous new traders, mainstream acceptance of cryptocurrencies still remains limited. This hesitation is understandable.

However, with regulation comes safety. No one wants to get on a rollercoaster that seems poorly maintained, but many are willing to leap onto a thrill-ride if they trust that the company behind it has their interests at heart.

Some people may consider cryptocurrency’s overall volatility to be its most exciting aspect. While no one should look at it as a panacea to money problems, the fact that it’s emotionally stressful and prone to manipulation makes it difficult to treat like a serious investment or trading option.

Fortunately, regulations go a long way towards stabilizing the cryptocurrency environment. Much of the crypto-market’s volatility owes itself to traders being able to do what they want with little accountability. As regulations come in, underhanded strategies will dwindle, and those that do remain will be incredibly difficult to pull off. This in turn leads to more consistent numbers, and thus, a safer environment for traders around the world.

Cryptocurrencies need regulation. Without oversight, the market becomes a game of who can manipulate people and numbers the best, with little regard for the systems, technology, and potential that each coin possesses.

If you want a brighter future for Bitcoin, or any other cryptocurrency, you should be rooting for laws to pass — and soon. 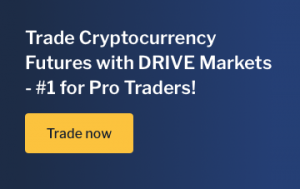